Loyola College of Arts and Science affiliated to Periyar University, Salem is situated at Loyola Nagar, Mettala near Oilpatty in Nammakal District. "Faith that does justice" has been the hall mark of the Jesuits and we Jesuits try to achieve this through education which empowers the powerless. Loyola College of Arts & Science was established in 2015 by the Jesuits, as envisioned by the Bishop of Salem Rev. Dr. Singaroyan and the clergy, who proposed to start a Catholic College to make higher education available for the weaker and underprivileged sections of the Society.

IN THE FOOTSTEPS OF OUR FOUNDER ST. IGNATIUS OF LOYOLA

Ignatius was born in 1491 in the ancestral castle at Loyola to a noble family, which was loyal to the Spanish crown. He was raised to be a courtier. In 1521 when Ignatius was trying to defend the fortress town of Pamplona, he was very badly wounded in his leg. While he recuperated, he read the books on the Life of Christ and Lives of the Saints. So much he was impacted that he laid aside the "Sword of War" and took up the "Sword of Christ".
In 1537, he was ordained in Venice. He founded the Society of Jesus in 1540 with a circle of friends with whom he dedicated himself to the greater glory of God and the good of humanity. Together, they placed themselves at the Service of the Pope, who could send them whenever there was a need.
He contributed greatly to the Catholic revival of the sixteenth Century and to the renewal of the Church’s missionary activity. He died in Rome in 1556, and was canonized by Gregory XV in 1622.

Ignatian spirituality is a tool that guides us to realize a meaningful journey of life. It is a set of values, attitudes and insights and not hard and fast rules on how to pray. The central theme is that God is present everywhere in all moments of life, fields of work, in delight, in grief, relationships, culture, intellect and beauteous creation. What is more important is discerning His presence in the routine of ordinary life and adding deeper value to our experiences. And the value addition is gained when we become "men and women for others".

The Society of Jesus (in Latin: Societas Iesu) is a Christian religious congregation of the Catholic Church whose members are called Jesuits. The term Jesuit is an anglicized version of the Latin Jesuita and it is the combination of the two Latin words Jesu and Ita which means "Yes, Jesus". The names of members of the Society of Jesus are affixed with a abbreviation, ‘SJ’, whose meaning is "Society of Jesus".
The Portuguese, who had political control over certain regions in the Indian sub–continent from 16th Century, supported the Catholic Church and the Jesuit Mission in many respects. Due to Political and ideological conflicts in Europe, on 21st July 1773, the Society of Jesus was suppressed by Pope Clement XVI. But after 41 years, Pope Pius VII restored the Society of Jesus in 1814 and the Jesuit order was re-established throughout the world.
Today, there are more than 19,000 Jesuits in 112 countries in 6 continents of whom around 520 are working at schools and colleges of Madurai Province. The Jesuits are well-known for their social involvement through educational, pastoral service with fervent focus on social justice and human rights..

"One mission, many ministries", is the popular maxim about the Jesuits’ mission throughout the world.
In the beginning, they started as missionaries to the Asian, African and American continents. Today, the Jesuits are best known for their colleges, universities, and high schools. With the spirit of a fierce Spanish soldier, Ignatius instructed the early Jesuits to go out and "find God in all things". Nothing binds their Endeavour and passion. They are propelled to commit themselves in anything “For the Greater Glory of God” (Ad Majorem Dei Gloriam). Pope Benedict XVI emphasizes this commitment in his message to the 35th General Congregation of Jesuits. "The Church needs you, counts on you, and continues to turn to you with confidence, particularly to reach the geographical and spiritual places where others do not reach or find it difficult to reach".

The Society of Jesus is spread all over the world. The headquarter lies in Rome, known as Curia, which is headed by Superior General. There are ten ‘Assistancies’ which are known as regions that might include a continent or a part of a continent. Each Assistancy is made up of territories called ‘Provinces’. There are 83 Jesuit provinces around the world. Each province is headed by ‘Provincial’ who reports directly to the Curia.

With effect from 15th of August 1952, an Independent Jesuit Madurai Province came in to existence. It was the First Independent Province of the new society in Asia. Jesuit presence in the land of Tamils began since the times of St. Francis Xavier on his arrival in Goa on 1542.

When Robert De Nobili, a saintly Scholar, visited the southern city of Madurai in 1606, he founded a mission, which he called it the Madura Mission. After Nobili, the Jesuits worked in the Madura Mission till 1759. When Clement XIV suppressed the Society of Jesus on 21 July 1773, the Jesuits ceased to exist openly and officially anywhere.

The Society of Jesus was re-established on 7th August 1814 by Pope Pius VII. Fr. Roothan, General of the Society of Jesus, entrusted the Madura Mission – the new Madura Mission – to the Provincial of France, Fr.Francis Renault.
Therefore the two Madura Missions – the ‘Old Madura Mission’ (1606–1773) run by the Portuguese Jesuits (before the suppression) and the ‘New Madura Mission’(1937-1952) by the French Jesuit of the society (after its revival) – became eventually the Madurai Province.
The Northern region of the Jesuit Madurai Province in Tamil Nadu State was officially created as the Jesuit Chennai Mission in June 2007 in order to strengthen and enhance the mission, launched in 1990 of empowering the marginalized, especially the rural poor and the Dalits who are considered and treated as untouchables in the society. The goal is meaningful liberation with human dignity and economic stability and paving the way for social equality so that the oppressed could become the decision making leaders of the society they live in.

Loyola College, Mettala is a Jesuit institution. Rev. Fr.Guna and a band of dedicated Jesuits who came over to Salem Diocese at the invitation of the Most Rev.Dr.Singaroyan, Bishop of Salem to open a Catholic College for young men and women in the Diocese of Salem. The foundation stone was laid on 23rd November 2014. Rev.Fr.A.Joseph with the help of Rev.Fr.Provincial and the Mission Superior started the work. The college started functioning in July of the following year 2015 with 75 students on the rolls in the undergraduate courses of Mathematics, Physics, Computer Science, Commerce and English Literature.

The primary aim of Loyola College – Mettala, is to provide university education in a Christian atmosphere to deserving students, especially those belonging to the Catholic Christian community especially the poor and the marginalized sections of the society, the Dalits. Although this College is meant primarily for Catholics, it does admit students of other creeds. The College aims at training young men and women to be leaders in all walks of life and to serve their fellowmen with justice, truth and love. It is expected that this training would play a vital role in bringing about the desired change for the betterment of the people of our country, more particularly the poor and the marginalized sections of society.

The coat of arms of the college consists of a shield divided into four quarters with a torch and an open book motif. The crest is the monogram and seal of the Society of Jesus: IHS (iota-eta-sigma), being the first three Letters in Greek of the name, JESUS. The crest is in yellow, a colour that represents sunshine, joy and happiness. The laurel leaves above the crest do stand for victory and prosperity. The open book representing obtaining wisdom and other forms of intellectual information and the burning torch symbolizing knowledge and searching for enlightenment are the fundamental tenets of the education imparted in this college, which challenges the students to live up to the College motto: LET YOUR LIGHT SHINE (Matthew 5:16) by their learning and good example so that they may become beacon of light and hope. 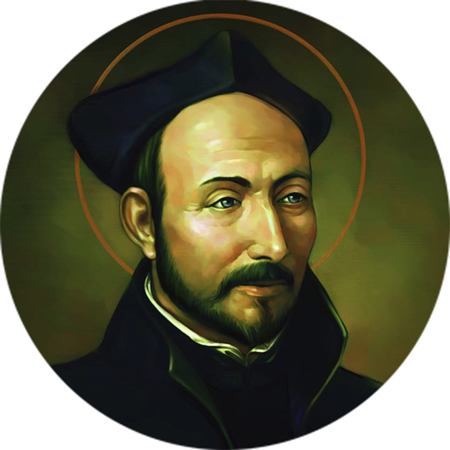 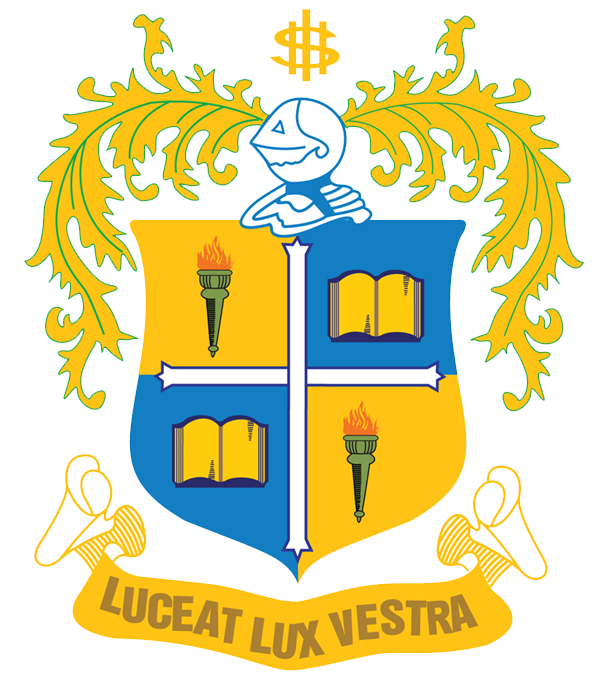